PHOENIX: By the Sword

18-year-old Germanic princess, Cassius, witnessed the destruction of her village by the Romans. Now, she is being made to serve a Roman Senator as his slave. During the Battle of Teutoburg Forest in nine A.D., Cassius is forcefully abducted again but this time by an unknown soldier, named Sgt. Banks. Banks tells her that she is the key to his mission, which is to stop the death of millions. And even though Banks has the build and abilities of a Roman soldier, he is not a centurion. In fact, he is not a soldier of her time at all.

Neither Banks nor Cassius foresees that the stress from their journey has the potential of bringing out their previously contained inner demons, but it does. And when they are tested the most, their newfound feelings for each other could be their undoing and mankind’s as well.

With everything great comes strings attached.

Seventeen-year-old Téa Lane has dodged abusive foster homes and is surviving on the streets of Houston, all in order to achieve her STEM dream to become the first Latino female astronaut to spacewalk. One day, she discovers an anomalous Native American artifact that’s a powerful seed not of this world and her life is forever changed. It chooses Téa, an unlikely hero, and endows her with superhuman abilities surprisingly around the same time that a numerous amount of young girls start showing up missing or murdered.

After being chosen, a new and mysterious guy, Ben, shows up at her job and school, and Téa worries that he could be one of the murderers. However, she learns that he’s an alien from Aepi, a distant planet of peaceful and ocean-dwelling aliens that have come to Earth to seek refuge from the Epex aliens. Now, they have to work together against the growing threat even though they can’t stand each other. That’s perfectly okay by them since Aepi legend warns against their union anyway.

As Téa starts to buy into the whole fairy godmother turn of events, a surprise kiss from Ben forces her to make a choice: give up her new life or give up her first love. When the interplanetary war between the Aepi and the Epex comes crashing down upon them, Tea is faced with an even harder choice: save humankind or be the one to end it.

Being both a burden to the special ops team heading up the mission and her dislike of domineering military men, Kyla does her best to keep up and simply survive. However, she learns that the special ops team’s mission is to stop a biochemical scientist, who was originally sent through time by a powerful governmental sect, from unleashing a deadly virus on the unsuspecting 1st Century people in order to change history.

Will the team be able to stop the scientist from changing the past and ultimately present day? Will Kyla be able to make it out of Rome and travel back through time to get home? Or will she even want to when she finds her feelings for one of the soldiers have changed? 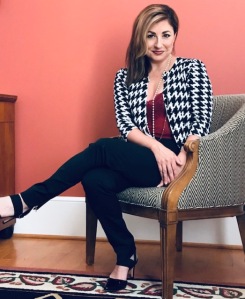